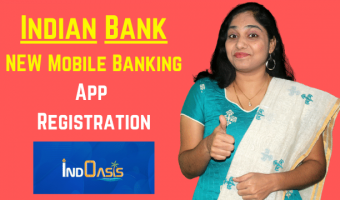 Indian Bank has launched its NEW mobile banking app called IndOASIS on this Independence day. The app is new and technically more advanced compared to the earlier IndPay app. The IndOASIS app has some additional features that the IndPay app didn't have and also hopefully, … END_OF_DOCUMENT_TOKEN_TO_BE_REPLACED