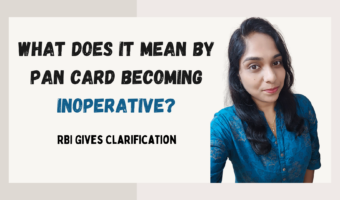 Linking Pan Card with Aadhar Card now has a new deadline of March 31, 2023, after which your PAN card will become inoperative. It was unclear as to what it means by "PAN card becoming inoperative" and what consequences will an inoperative PAN card bring. RBI has given a … END_OF_DOCUMENT_TOKEN_TO_BE_REPLACED 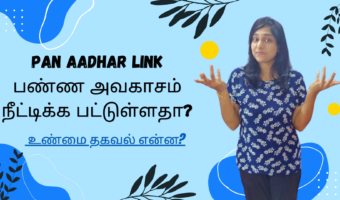 Linking your PAN Card to Aadhar card is mandatory. The deadline for the same has been extended twice so far. Lastly, the deadline for linking Aadhar and PAN was given to be March 31, 2022, after which it was told that the PAN would become inoperative. Now the deadline of … END_OF_DOCUMENT_TOKEN_TO_BE_REPLACED 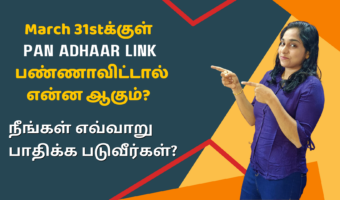 Government has issued an announcement that it is mandatory to link Pan card to Aadhar card long ago. The deadline given for the same was extended a couple of times due to Corona reasons. Now the new (and likely the final) deadline is March 31st, 2022. In today's video I … END_OF_DOCUMENT_TOKEN_TO_BE_REPLACED